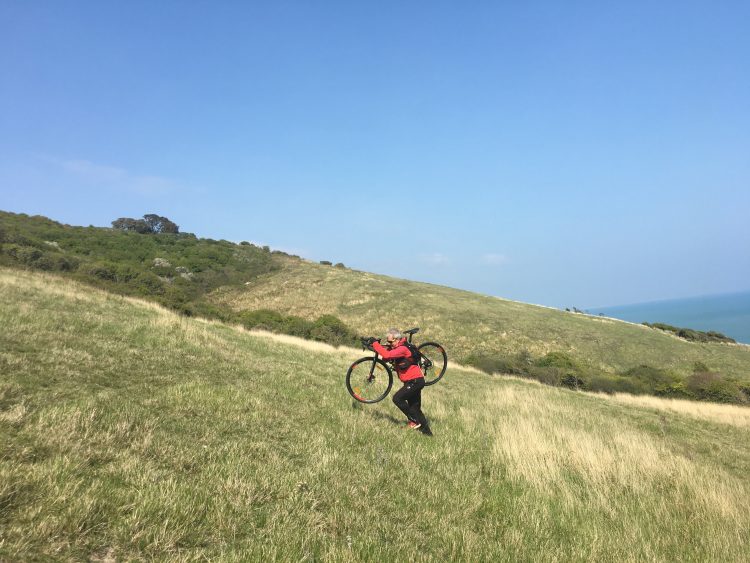 If you are an Ultra Runner then the likelihood is that at some point you have “failed” to complete the course. The sheer logistics and mental strength required to try and run 50, 60 or even 100 miles make it more or less inevitable that at some stage you will hit the buffers . It can be for a myriad of reasons, gear failure, getting lost, getting timed out, injury, exhaustion or a combination of any of these.

And I would know better than most! I have attempted the Thames Path 100 miler for the last three years and have “failed” on each occasion. Always armed with an excuse in 2015 I got to 92 miles before missing the last check point – I had dawdled at the check points, taken a distressed runner to the pub for a diet coke, picked up my pacer late and it had poured with rain making the conditions underfoot treacherous. Great excuses but nevertheless I had “failed”.

In 2016  I thought I had everything worked out – I had trained well and the conditions, although cold, were perfect. I got to mile 68, was rattling through the checkpoints, was well within the time limits and had 32 miles to go with dawn approaching. I had just negotiated the tricky Reading section and was on home territory – I had run from Reading to Oxford several times and knew the route blindfolded.  What could possibly go wrong. Well these sort of distances can’t be taken lightly and to my horror the runner in front of me collapsed. I did what anyone else wold have done in my situation, sorted him out and waited with him while the ambulance arrived. He made a rapid and full recovery but that was my race run and I had “failed” for the second time.

Never mind 2017 was going to be my year! A month before the race I ran across Italy in 7 days and was feeling fit and raring to go and the weather forecast was for no rain. Then fate intervened and I picked up a cold a few days before the start but, as it hadn’t gone to my chest, I decided to at least try. The weather was perfect and at mile 50 I was well ahead of the cut offs. Then disaster struck, I got completely disorientated in a deer park just before Henley (which I had run in several times before) and lost precious time but at Reading I still had 40 minutes in hand and knew I had a chance. I was using the socks I ran across the Pyrenees in and was wearing the shoes I ran across Italy in – a combination I had never tried before and yes! a schoolboy error. By mile 70 my feet were done with 2 huge blisters and two toenails starting to detach! I couldn’t breathe through my nose and I knew my chances of finishing were gone. Crestfallen, I retired at mile 72, my first ever self retirement and another “failure”. Of course I was disappointed – I was going to lose two toenails, I had contracted sinusitis and was now faced with the very real possibility that I would have to withdraw from the TransItalia 2017, a 266km ultra across Italy and a race that was to be my “biggie” for the year.

But later, as I walked along the very banks of the river that had thwarted me a few days before, I knew that I hadn’t “failed” at all. I had chosen to participate knowing that I was under par with a real chance of not finishing but I had learnt a lot, taken part in a great event and met some inspiring people. There would be other battles ahead some I would “win” and some I would “lose” but the only failure would be to not try in the first place.

I decided to defer my entry to Transitalia – There was no way I would be ready in time and there was always next year. Perhaps I would run across Andalucía instead, a huge challenge in itself, take some pictures, make a video and write about it.

Will I enter TP100 next year? Probably. Will I fail? Definitely not ….. And who knows I might even finish it this time!