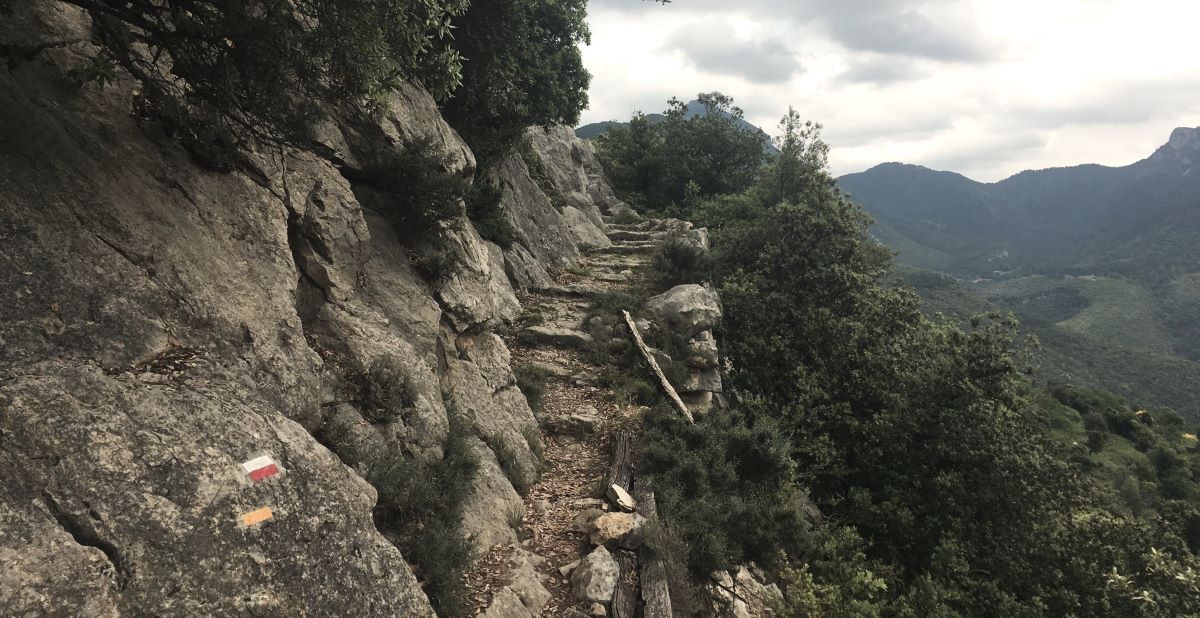 If you had looked at my bio and picture when I was in my mid fifties ‘Adventurer’ would not have been the first word that would have sprung to mind. I was clinically obese, exhausted and demoralised, working long hours in a job I didn’t much care for and I was riddled with Arthritis often having to walk with a stick. But that’s not how it had always been. I had been born in the wilds of the Serengeti in East Africa and had an idyllic childhood where every day brought something new. I was taken everywhere on safari, I played in deserted streams with natural water slides carved out of the rocks over hundreds of years, I ate around a flickering campfire surrounded by laughter and chatter, I caught snakes with a fork stick, I made catapults, I slept under the stars in Masai bomas and I never felt safer or happier. And that’s the point – there is an ‘Adventurer’ in all of us even as our circumstances change through life’s experiences. Sometimes all it takes is to look at things with a different perspective and be ready to answer the call to adventure when it comes however many false starts you have.

I took this picture on the morning that I set out to run across Spain – little did I know the adventure that lay ahead!

In my case I had an epiphany; I could either accept a life of pain and pills or try and do something about it. I chose the latter, threw away the stick and started walking. At the same time I adopted a plant based diet. Over the next two years I lost a third of my body weight and the walking had turned to running. I started running 5ks then10ks before I ran my first half marathon in 2012. Then came marathons and ultramarathons. But still that wasn’t enough – I ran a marathon a month in 12 different European countries and followed this up with 8 marathons in 8 countries in 8 days.

As I approached my sixtieth birthday I wanted to mark it in a really spectacular way. Since my own inner revolution, something had changed. I was still the same ordinary person but I had developed a quiet inner confidence and I wanted to test myself and push my comfort zone even further.

I had seen a YouTube video of trail running great Kilian Jornet traversing Spain from the Atlantic to the Med across the Spanish Pyrenees. He had completed the 850km, 40,000m challenge in just nine days. Unbelievable – how was that even possible! But it sounded ideal and so I started my own preparations. Kilian had the support of the Salomon Team from nutritionists and meteorologists to pacers and physios and of course his inspirational mother Naria. I would do it differently – I chose to go solo and would try and find places to stay en route so I could travel light. My brother and sister, however, had decided to accompany me on part of my adventure in that they would meet me at the end of the day on some of the more remote sections. The die was cast and in the long hot summer of 2016 I set off for Bilbao and the start of my great adventure. I had booked accommodation for the first two nights on the trail and that
was it – I was on my own! All my possessions were crammed into a 25l runners vest along with a notebook and pen and my “Guide to the GR11 Trail” which had arrived the day before my departure. As a beautiful sunrise appeared on the horizon, I dipped my hand into the Atlantic Ocean knowing that, all being well, the next time I saw the sea I would be on the shores of the Mediterranean some 525 miles away. It’s hard to describe how I felt as I took the first few steps – trepidation yes, fear definitely but above all a huge sense of excitement about what was ahead of me. Over the first few days I gradually started to find my feet (metaphorically and physically) as I came to terms with the physical and mental challenges of undertaking such an epic adventure.

It was immediately apparent that carrying enough water was going to be a problem – I was only able to take two 500cl bottles which fitted in special pockets on my pack. The excellent GR11 guide did mark water points but of course these changed from year to year as streams dried up and new ones appeared. It’s strange how one’s attitude to risk changes as you expand your comfort zone. In those first few days I was incredibly fussy about which streams I would drink out of and which I wouldn’t – how fast was it flowing, were there likely to be animals sharing it with me further upstream etc. By the end of the trip I would have drunk out of a puddle I was so thirsty!

Food was another matter. I relied, wherever possible, on having a big breakfast in the hotel or hostel and then I would forage for anything that I could find. Often the cupboard was bare and I would go the whole day fueled by an apple, a lump of cheese or a chocolate biscuit – not ideal when you are running and climbing all day. But my body soon adapted to the calorie deficit and I finished the trip only 5kg lighter than when I started. There’s a lesson there somewhere.

Other initial impressions? Well the scenery was just as spectacular as I had imagined; imposing mountains with green, dappled valleys as far as the eye could see, occasionally dotted with the odd village or farm. I couldn’t believe how few people there were sharing my path and more often than not I wouldn’t see a soul for the whole day. However the lack of humans was compensated for by the amount of livestock I encountered. I was promised wild boar (yes), wild dogs (yes), snakes (yes), bears (no) and above all cows (definitely yes!). Surprisingly, the latter was probably the most challenging. Believe it or not this manly,
intrepid explorer before you has a fear of cows which was particularly unfortunate as I had come to an area with one of the largest concentration of cows in Europe. But this adventure was all about facing my fears and as the trip wore on, whether through familiarity or tiredness, I became less fearful of the cows and they accepted me as a visitor to their paths and mountains.

It wasn’t long before I left the Basque Country and crossed into Navarre all the time heading ever eastwards. This singular direction didn’t stop me getting lost on several occasions and it was to be a habitual problem throughout the trip. Often it was very difficult to pick up the path which at times was no more than a metre wide although the distinctive red and white markings on trees and rocks will be forever imprinted on my mind. Day after day I kept going. My brother and sister-in-law came and went and it wasn’t long before I was on my own again and heading towards the crux of the whole trip – Andorra. I was ill-prepared for a prolonged stay in the high mountains, only having my running clothes, running shoes and a waterproof jacket and I had been advised not to try and cross into Andorra but to skirt around the bottom and head through the valley. The reckless streak that had been with me since my childhood came to the fore and as dawn broke I started the trek that would take me out of Spain and into a completely different country. The day turned out to be as epic as I had imagined and somehow, tired, bedraggled but elated too, I arrived in the town of Arinsal as night fell. I had had so many adventures to get to this point – getting lost on numerous occasions, a run-in with some wild boars, scaling an ice wall, running through tunnels, and traversing a mountain path hanging onto a wire rail fixed to the mountain to name but a few. Then there had been the people, for the most part kind, generous, encouraging and uplifting. The bar
owner who, on the night that Spain played in the World Cup, made a special place for me at her packed bar and introduced me to all her customers who, each in turn, shook me by the hand, the young family that shared their picnic with me, the nudist and his girlfriend who gave me their last bottle of water as I, passed them on the mountain. The list is endless.

But I also knew that I still had a long way to go and now was not the time to relax. One slip, or a twisted ankle and that would be the end of my trip or worse. Fortunately I was joined by my sister for the final days of the adventure who, despite having a ‘unique’ sense of direction, dropped me off and picked me up at the beginning and end of each day. More adventures ensued – a surreal stay at an enormous country pile with stunning rooms and views, complete with a charming but eccentric owner and her friend who worked in Hollywood and assured me in her Californian twang; …”Wow – there’s a book in this or
maybe even a film!” (how right she was). Further encounters with the wildlife including a very near miss with an Asp Viper, a detour into a military firing zone, not to mention the “ladies of the night” in the bordertown of Jonqueras – I’m not sure which was the most terrifying!

But despite all this, or perhaps because of it I found myself on a hot Sunday afternoon, at the Cap de Creus lighthouse perched on the volcanic rock surrounded by the Mediterranean. I had done it – 525 miles, over 120,000 feet of elevation in just 27 days (that’s four ‘Everests’ and 220km a week for those imperialically challenged). I finished the trip a very different person to the one who had set off from the Cap D’Higier lighthouse all those days ago. I had faced so many obstacles and barriers but through grit, determination and a good deal of luck I had overcome them and, as I alluded to at the beginning, for the first time since my childhood in Africa I had developed a quiet inner confidence. I am a very ordinary person but I had achieved something extraordinary and I know that that option is available to us all.

So I urge you all, when you hear the call to adventure in your ear late at night, or when you’re sitting on the bus or train answer … you won’t regret it!

My book – ‘Moving Mountains – running from the Atlantic to the Med’ is available from Amazon and all leading booksellers. You can also get a signed copy from my website right here