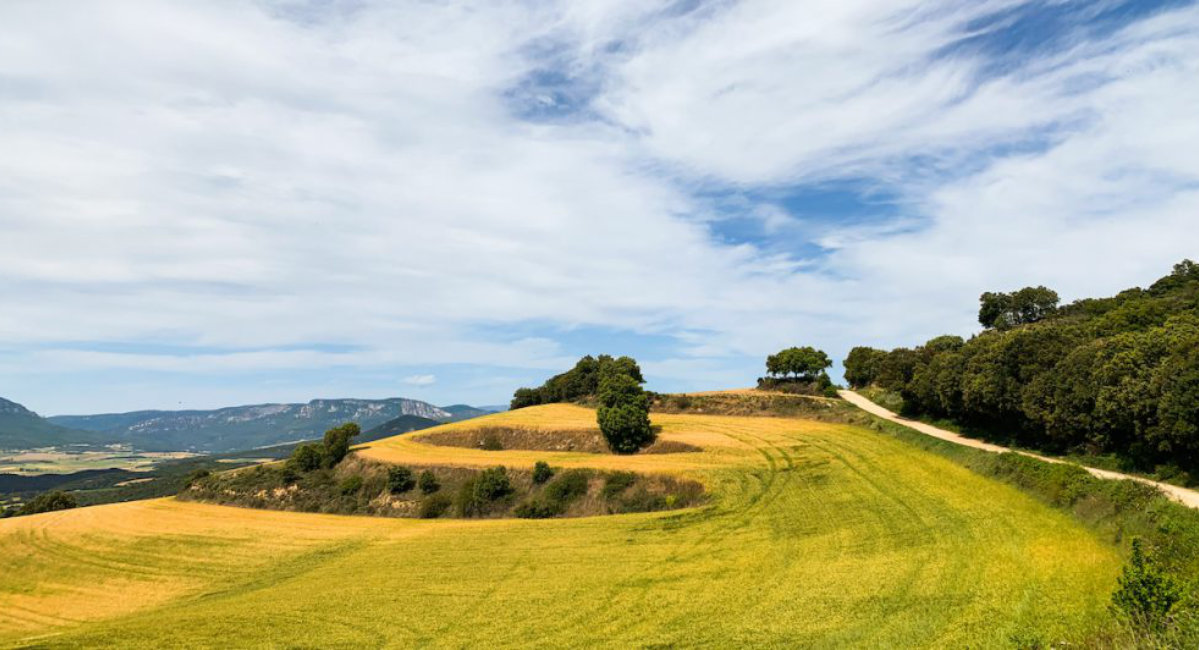 I had wanted to return to Spain after my epic run across the Pyrenees in 2016. Sure I had been back for some races, most notably the Riano Trail Run and the Ultra Trail Sierra Nevada. But I wanted to spend a bit more time meeting the people and exploring the culture and of course taking some photographs of this most inviting and spectacular of European countries. Then it struck me – why not try and run the Camino de Santiago.

I have written before about the anatomy of an adventure and how I go about the “planning” . Suffice to say, after a few weeks research I had worked out a route that would take me from France across the Pyrenees to join the Camino de Santiago at Roncavalles before heading west towards Burgos and beyond. I would then head due south down the spine of Spain past Zamora and Salamanca using a series of ancient caminos before arriving in Granada. I would also take part in the Riano Trail again and cap the trip off with an attempt at the Ultra Trail Sierra Nevada.

The distance was not far short of 1,000 miles and I was going to attempt to complete the expedition in 40 days. As usual I would be running alone but with such an ambitious itinerary my sister had agreed to ride shotgun and to meet me at the end of each day.

So it was with a spring in my step and a fair bit of trepidation that I set off from the village of Urepel set high in the French Pyrenees and headed towards Roncavalles and the Camino de Santiago. There is always a huge thrill as you take the first few steps of what will be a million or more over the next few weeks. What will I see, who will I meet, will I really be able to run 1,000 miles?

It was a glorious but chilly morning although the steep climb soon had me stripping off layers before I was down to my trademark shorts and a t-shirt. I was on a narrow track barely wide enough for a car and I would have missed the border if it wasn’t for some barbed wire that had been neatly pulled back from a gap in the track. It would hardly keep out an invading army but all I knew was that I was in Spain. First part of the mission accomplished.

I turned off the track onto a narrow path and kept climbing before I joined a road that would take me down to Roncavalles and the Spanish starting point for the Camino. Still not a pilgrim in sight but there would be plenty of time for that later. I met my sister in Roncavalles and over coffee we worked out a rendezvous for the evening.

I was now on the Camino de Santiago proper and before long I had reached Burguette. If the name is familiar it is one of Ernest Hemingway’s haunts. He was a keen fly fisherman and the waters here are famous for it. The name rang a different bell with me as 3 years earlier I had run through Burguette on my way from the Atlantic Ocean to the Mediterranean.

I crossed the river and pressed on towards the rendezvous point. I was moving well and the terrain was perfect for running on – a nice springy surface and a gentle undulating terrain and then ….

Bang! I was watching the two in front of me, a mother and her son, and contemplating whether I should pass them on the right or left, when I caught a stone and my legs went from under me. Sometimes you can catch yourself, although that in itself can lead to a nasty knee injury, but this time I managed to do a full face plant. I instinctively put my hands down to protect my face and I caught most of the force on my elbow. I lay there quietly for a few seconds before doing a body check. Cuts and bruises are all part of ultra running but a broken bone or torn knee ligament would put paid to the trip before it had even started. I had a huge gash near my elbow which was bleeding copiously and a very sore shoulder but once again I had got away with it.

I continued, with a bit more caution and respect for the Camino now, and exited the path where it crossed a road and there, parked in the layby, was my sister with food and water for the weary runner and a bandage too. That she was there at all was surprising in itself, because as you will find out in my book, “Moving Mountains”, she has an unusual sense of direction in that she doesn’t possess any at all. But although she is directionally challenged she more than makes up for it with determination and an unflappable sense of humour and an ability to charm everyone she meets. I half expected her to be there with a mountain ranger or a police escort at the very least!

We checked the map and decided to meet a mile or two further on at the next crossing point as I still felt fresh’ish despite the fall and knew how important it was to get the miles in at the beginning of the trip. And so it was that 40 minutes later I hopped into the car at Zubiri and we set off for Pamplona and the apartment we had hired as a base for a few days.

After my adventure in 2016 and my seven day traverse of Italy in 2017 I was so glad that we had opted to try and avoid hotel hopping every day and seek out a few bases that we could stay in for a couple of days at the very least. It would mean more driving for JoJo, taking me to the start point each day but at least she would have somewhere to relax in the unlikely event that she wasn’t out exploring too.

The apartment (when we finally found it) was fantastic, modern, spacious and with a fabulous view over Pamplona. After a shower I put on my party clothes and we decided to walk (yes I know) the two or so miles to the old town. We passed happy couples walking, children playing, dogs barking; in fact a typical city park scene until there was a loud swish and a large group of speed skaters whisked passed us all in perfect formation. Spain always full of surprises.

Before long we crossed the road, through a huge stone arch into old town Pamplona and a different world altogether.

[to be continued – Pamplona, the Camino and beyond]