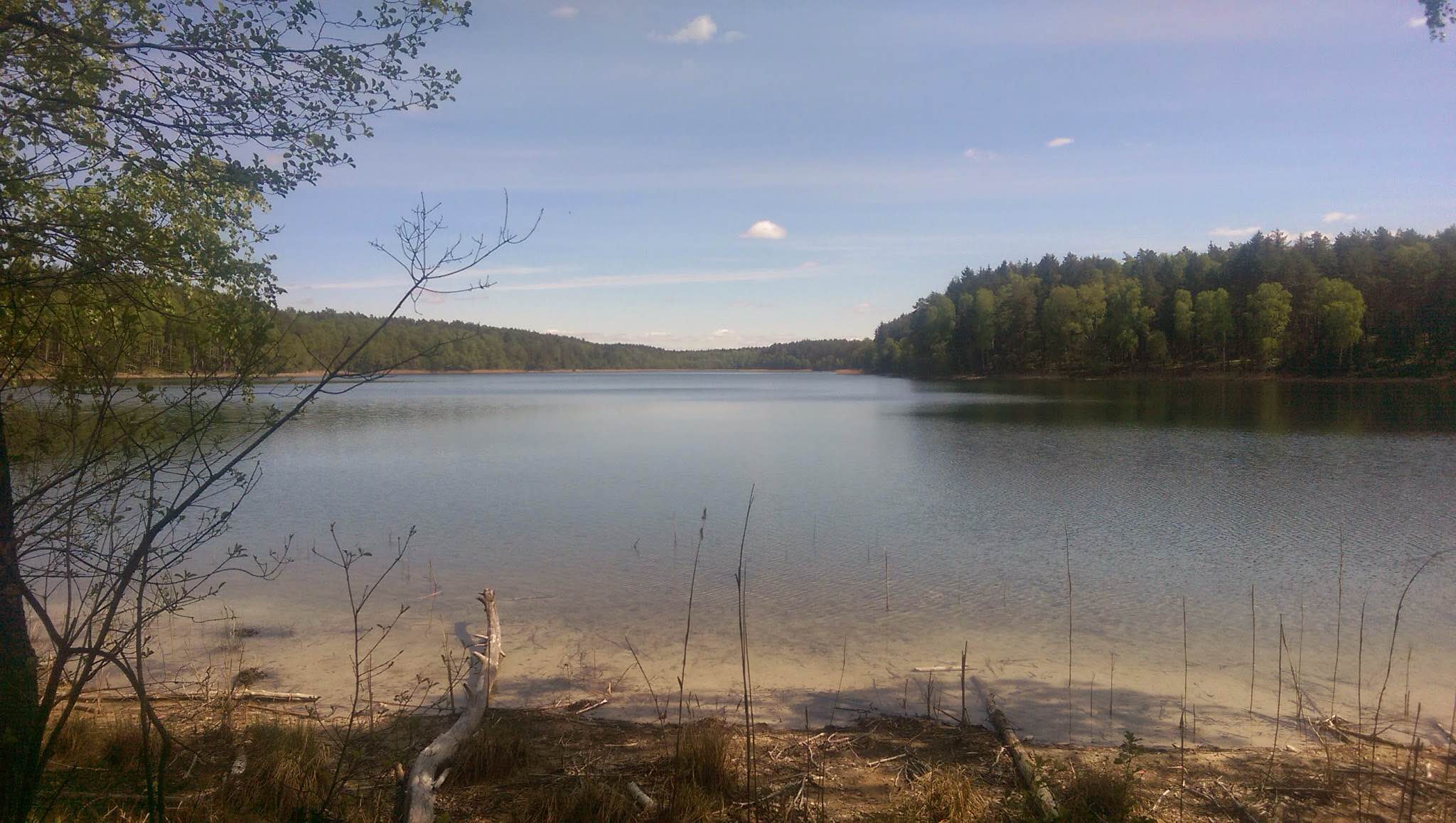 Beautiful people, beautiful lakes and woods and oh the food! But Poland broke all the stereotypes and offered so much more – a life changing experience. Read on to hear our story….

An idea is born!
This was to be the final marathon in our 12 month, 12 country, 12 marathon odyssey and we wanted to make it really memorable – a fitting climax. As usual, with just a few days before our “12 month deadline” expired, we still hadn’t planned anything. We had considered Athens, the home of the marathon, but the timings and the flight just didn’t work out. We looked at Las Palmas, home of the Transvulcania ultra, until we discovered it was off the coast of Africa not Europe as we had thought – Aquamarato sense of direction at its finest.

And then as one we hit it – Poland! Marlena’s birthplace and one of the few countries I hadn’t been to and always wanted to go to. It had all the requirements for an Aquamarato Classic – stunning scenery, unspoilt trails, water, hills, it was steeped in history and then of course there was the food! The icing on the cake was the challenge to get there across 4 countries with our map reading skills – the road trip was on, Poland here we come!

Road trip time!
Because we had more than 1,000 miles to get to our destination we decided to catch a ferry at a more civilised hour than our normal “Marie Celeste” 3am special so at 7.00pm we were on the Ferry watching it pull out of Dover Harbour and less than 2 hours later docked in Calais and were ready for the adventure to begin.

First of all the continental AquaMarato check list – SatNav not working – check, map of Europe (500 miles to an inch) safely in the boot – check and finally toll money in a suitably inaccessible place – check. (those of you who have followed our other European jaunts will be all too familiar with our check list!). “Drive on the right” Andrew and we’re off. We resolved to get into the Netherlands before our first pit stop but in the event only lasted until Belgium – less than an hour from Calais! Suitably refreshed we stopped for a few hours in Eindhoven before crossing over the border into Germany and ono the A2 Autobahn. I thought I was a fast driver but wow the German speedsters take it to a new level; the golden rule is keep out of the fast lane unless you are doing at least 120mph! We had already driven in four countries and dawn was just breaking.

A few more pit stops and we ploughed on through Germany towards the Polish border – this section seemed to take for ever but I was enlivened when, as we approached the border, the road was lined with some very scantily dressed ladies plying their wares. “What are they up to” I mischievously asked Marlena – “Selling Blueberries” she came back quick as a flash!

Viva Polska!
And then, some 20 hours after leaving Reading, we were in Poland. I was so excited to be here and just didn’t know what to expect. I thought it was going to be grey, bleak and gloomy – how wrong could I be! Poland actually offers stunning scenery with wild forests and crystal clear lakes, lively towns and cities and of course it is steeped in history. A late lunch in Grodzik Wielkopolski and we finally arrived in Marlena’s birth place and the location for our marathon, Skorcz.

Marathon day looms
After our mammoth drive we had decided to take the Sunday off so it was on a beautiful sunny May morning that we stood by the lake outside the Przystanek Tlen Hotel . Marlena had warned me that Poland, which was famous for its food, was not really a great place for a plant based diet so we had decided to go our “Plant Based Light” route and had had bread, jam, cheese(!), rolls, yoghurt and fruit for our breakfast washed down with blueberry juice (thoughts of our border crossing re-surfaced) tea and coffee. The watches beeped and clutching the hotel tourist map we were off!

Forests, Lakes, sunshine and sandy paths
It was a perfect day for running, warm but with a gentle cooling breeze and a cloudless sky. We traversed the lake for a few hundred metres before heading away from the lake and up a short incline which took us into the heart of the forest – thousands upon thousands of erect firs planted just wide enough part to let the sunlight through. It was really magical, almost like a scene from a Harry Potter film. The surface was perfect for running on too, a very fine sand on top of a harder path so that your feet were cushioned without sinking into the sand. There was some kind of coloured path marking system which I have to say we never quite came to grips with in the following 26 miles so we relied on the hotel map and the notorious AquaMarato sense of direction to get a rough bearing on where we were. As usual there was no plan – just to run in a broadly circular route and see what happened! We had enough food and water for at least 12 miles so what could go wrong!

Lost! Never mind there’s always yoga!
After about 7 miles we realised we were lost – not in an “oh my god” sort of way more “I wonder where we are” sort of way. We could see where we wanted to get to but there was the small matter of 500 metres of water in the way and no visible means of crossing it. For once we spoke the language of the country we were running in, and after a brief consultation with a local, we were re-tracing our steps and were back on the right path to take us to the top of the lake and down the other side.

The scenery just got better and better the deeper we went into the forest and after about 12 miles we came to a glade with a rudimentary table and bench – an ideal place for a pit stop, some pictures and to strip off some clothing as the temperature was now well into the twenties. While I refuelled with the goodies we had bought from the local shop in Tlen, Marlena thought it would be a good idea to do some yoga! I worry about that girl sometimes!

Moments later and we were off and heading in a long loop towards civilization and some more water. I realized that to my amazement, other than the lady who gave us directions, we hadn’t encountered a single soul. Extraordinary considering what a stunningly beautiful place this was to run and how accessible everything was. Anyway a mile further on and we were back where we started and a chance to re-stock with water and food for the final 13+ miles.

Village of the lost souls!
10 minutes later and we were heading across the bridge to run down the other side of the huge lake along a narrow concrete road lined with trees forming a canopy across the road, again it was completely deserted. And then, out of nowhere we came across a deserted holiday village with rows of neat little chalets leading down the lake. Very pretty but where was the bridge that the hotel map showed! We retraced our steps and took the other fork in the road which we hoped would lead to the bridge and the other side; wrong again – instead we found ourselves in another part of the complex but this time all the chalets were dilapidated with broken windows and graffiti. Even the sun had gone and there was an air of menace – we knew it was time to high tail it out of there as soon as possible and head back to civilisation as fast as our legs could carry us! It was a relief when we crossed the main road and headed deep into the forest again and relative sanctuary and sure enough the sun re-appeared and we were back on track. We subsequently found out that there was nothing sinister deserted village, just that the developer had run out of money!

Where’s Warsaw gone!
By now, with the heat and the mileage, the AquaMarato Team were feeling tired and our legs were heavy with the accumulated mileage of all those marathons and that training but that was soon forgotten when we saw a sign on the path to Warsaw. I was sure that was the capital of Poland and we would be unable to find it hidden in the middle of the forest but the trip had been so amazing this far who knows! Anyway we never did find Warsaw – we think it was the name of a little hamlet consisting of about 3 houses!

Journey’s end
The mileage edged ever closer to the magic 26.2 as we crested the top of a long hill, lungs burning and legs feeling like lead and then there it was, the finish – a long descent down a pitted track overgrown with branches and undergrowth to a glade right next to the hotel. We eased to a halt as the watches clicked over to 26.2 and, breathing heavily looked at the old wooden sign marking the entrance – “the magic wood” and that just about summed it up, we had done it, another 26.2 miles but more importantly 12 marathons , 12 months , 12 countries and this was just the beginning!