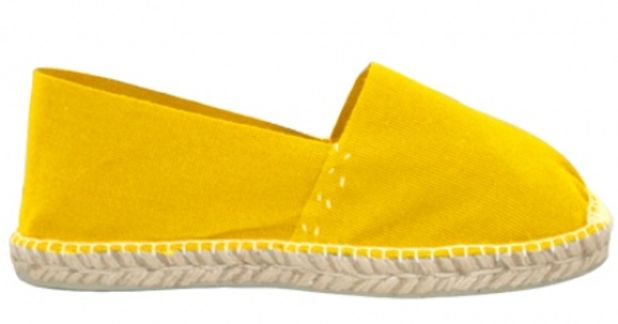 Unbelievable isn’t it! How I managed to run 525 miles across the Pyrenees without picking up a significant injury and then, like a bus, they came in pairs as soon as I returned to the UK!

Injury 1 -cuts on the upper foot Ok so I admit it this was a really proper vanity injury! Having worn my amazing Dynastar Dynafit trail shoes for 7 weeks pretty well non-stop I thought I would treat myself to a pair of genuine espadrilles – I was in Spain after all.

Well they looked the business at the airport – super-fit and tanned quite the Mediterranean man. They even looked OK on the train from Gatwick. But then the reality set in – Espadrilles are just not designed for walking in wet English meadows and they chaffed away causing two deep cuts. Lesson learnt – leave it to the experts, no one does it like the Mediterraneans!

Injury 2 – torn hamstring Confucius say “beware man racing children” – So a week later, suitably plastered (that’s sticking plaster by the way) I was running in the fields near the river. I had only just started but was feeling good – no ones fitter than me right now I thought as I raced alongside some kids who were running too. Bang! It was like a gunshot as the hamstring went and I found myself sprawled face first on the dewy grass. I limped off tail between my legs knowing that this was a ‘biggie’. Sure enough my wonderful Acupuncturist Tom at The Chinese School of Integrated Medicine confirmed the worst and my walking, let alone running, was going to be severely curtailed for several weeks. Thanks to Tom and another Physio friend John I was back on my feet in no time. And the positives – well I did look like a proper ultra runner when I had my interview at the BBC, that is to say skinny with a rucksack, trainers, jeans and a limp!